I’m thrilled to be working with The Hunt Museum on their summer exhibition which we launched today. Here’s the press release with images from the launch and a short video which tells you all about it (you may spot my little Ollie in there!)

Dom Mark Patrick Hederman of Glenstal Abbey, was guest speaker at The Hunt Museum to announce details of an exciting exhibition taking place over the summer months: Jack B. Yeats and Paul Henry: Contrasting Visions of Ireland.

This unique exhibition features two of Ireland’s most important 20th century artists side by side. Featuring rarely seen paintings borrowed from mostly private collections, this unique event will encourage visitors to see Ireland through the eyes of two very different artists working before, during and after the establishment of the Irish Free State.

Billed to be a show of both national and international significance, the exhibition will feature 50 works, many of which are normally unavailable for public viewing, and brings together a collection drawn from private and public collections including works from the European Investment Bank Collection in Luxembourg. 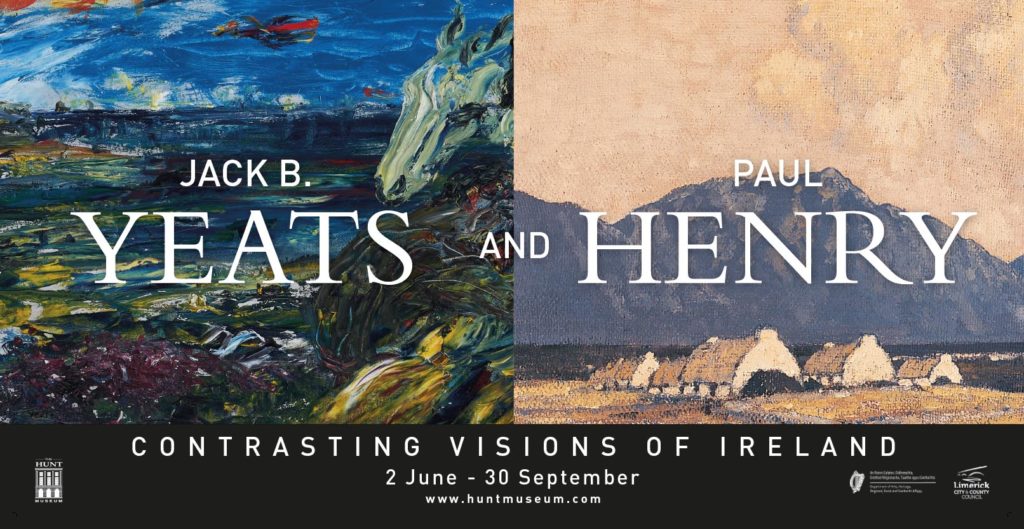 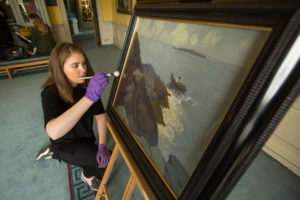 Sophie Hogan preparing Fisherman in a Currach by Paul Henry 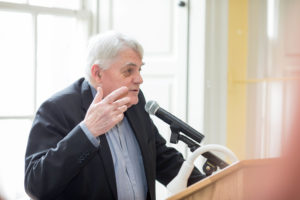 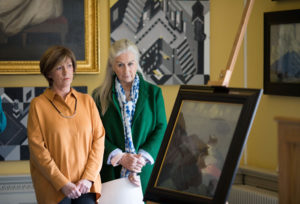 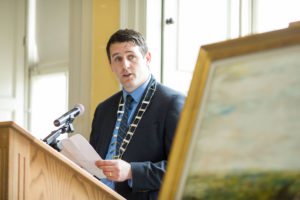 Deputy Mayor Frankie Daly speaking at the launch in The Hunt Museum, Limerick 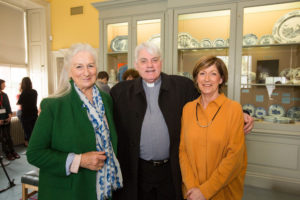 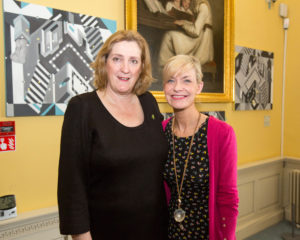 Helen O’ Donnell and Maria Cagney, Curator of Education and Outreach at The Hunt Museum 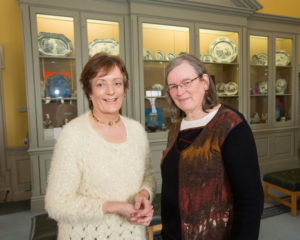 Joni Roche and Mairead O’Flaherty at the launch of Contrasting Visions of Ireland: Jack B Yeats & Paul Henry 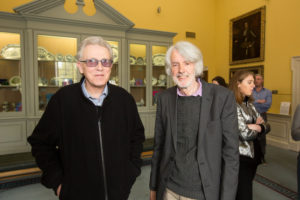 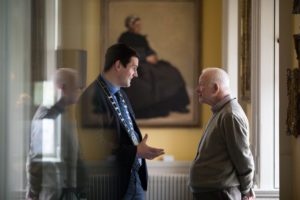 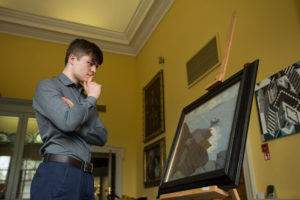 Eoghan O’Rahilly admiring Fisherman in a Currach by Paul Henry 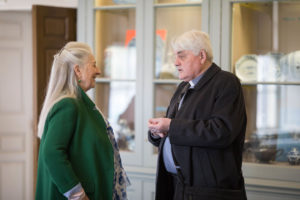 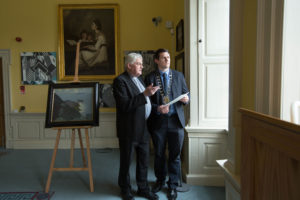 “They were practically contemporaries,” Dom Hederman said of the artists, “Paul Henry was about six years younger than Jack Yeats and they died within a year of each other. Paul Henry was what might be called a postimpressionist. He went to the Achill Islands and was able to capture Irish landscape and the specific kind of lighting that Ireland enjoys, and how you could put those on a canvas and what the colour scheme would be. They’re beautiful but it became standardized so he wasn’t as experimental as Jack Yeats and I think the fascinating thing is both of them were painting the same kinds of scenes that we all see around us.”

In their distinctive ways, both Yeats and Henry offer an insight into the Ireland of their day, the newly independent Ireland, its landscapes and seascapes and the ways of life of its people.

For the first time this exhibition allows the visitor to compare the work of these two major artists, their constructions of the New Ireland and their distinctive representations of its terrain and its people.

Dom Hederman added, “This exhibition is going to be very important, and just while they’re developing the Wild Atlantic Way for tourists, they’re also trying to develop a cultural way which would take in Sligo, and Lady Gregory’s Estate at Coole Park, all that area down to here including the Hunt Museum. Here will be the culmination of all their peregrinations when they arrive for this exhibition so thank you to all who have organized it.”

Jack B. Yeats and Paul Henry: Contrasting Visions of Ireland is open to the public from June 2nd to September 30th 2017 in The Hunt Museum, Limerick City. Visit www.huntmuseum.com for further information.