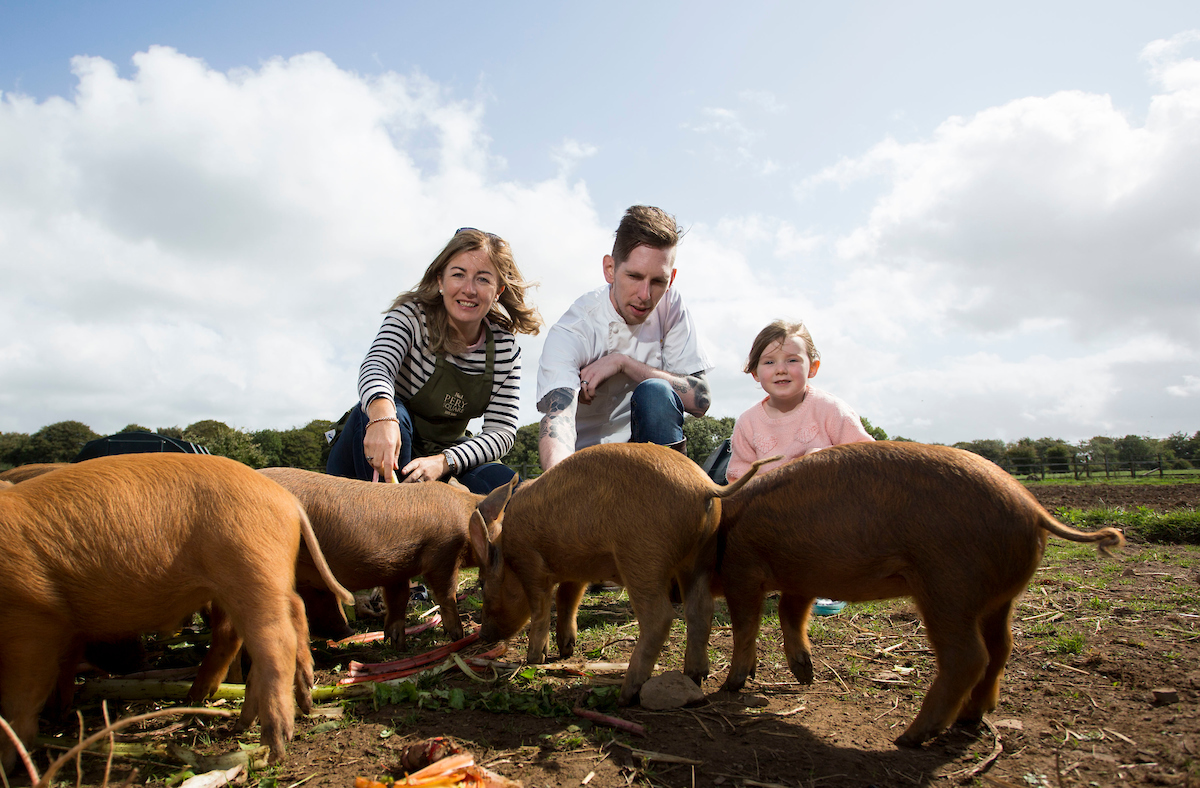 Pictured at the launch of the Pigtown Series 2018 on Rigney’s Farm were Patricia Roberts (No 1 Pery Square), Mike Tweedie (Adare Manor) and Edon O’Brien (age 4).

In celebration of Limerick’s unique food heritage, the Pigtown Series is back for its second year. Inspired by the history of Limerick’s famous bacon industry, an exciting programme of themed events will take place in various venues in Limerick throughout the month of September.

Developed by the Limerick Food Group and supported by Limerick City and County Council, LEO, LIT and Marketti, the series will focus on Limerick’s unique heritage as a way to showcase the great food available locally, and encourage us to embrace our food culture.

The chef line-up for the free weekly Pigtown Cookery Demos series is a cross-section of some of the most interesting chefs working in the region including Wade Murphy of 1826 Adare; Peter Jackson of Armada Hotel; Mike Tweedie of The Oak Room in Adare Manor; Tom Flavin of Limerick Strand Hotel joined by Eithne Gavigan of LIT Culinary Arts; and Ciara Brennan of Happy Food at Home along with the Firefighting Chef Paul Knapp of TV3 IrelandAM in a ‘back to school’ themed event kicking off the series on Saturday September 1st in the Milk Market upstairs mezzanine.

The festival programme includes Guided Food Heritage Tours leaving No1 Pery Square at 10.30am each Saturday morning in September, which weave their way through Georgian Limerick’s historical streets meeting some local characters along the way with tastings, and ending up at the Milk Market in time for the free cookery demos at midday.

Themed restaurant events dotted across the month include “This Little Piggy Went to Town…” for the Limerick Food Mile, a fun evening with a menu focus on local producers where guests experience four courses in four different city restaurants – The River at the Strand, Azur, The Savoy Hotel, and Sash Restaurant at No1 Pery Square.

The students of LIT’s Food and Tourism Department will produce a Pigtown Tasting Menu in the college restaurant, while The Mustard Seed in Ballingarry celebrates Pigtown with a twilight dinner where Chef Angel Pirev has designed a four course menu using in-season and locally sourced ingredients. Swine & Wine returns to the Limerick Strand Hotel for a second year, a nose to tail four course dinner menu by Tom Flavin paired with carefully selected wines.

For something a little bit different, Chef Keith Piggot of The Good Room Adare has teamed up with New Leaf Urban Farmers for a ‘Down on the Farm’ casual, rustic event at Croker’s Farm, an evening that promises to be something special with farm tours, followed by dinner prepared and cooked on site using the beautiful produce of both farms. This is as literal as ‘farm to fork’ can get!

At the end of the month, No1 Pery Square are hosting a Sunday afternoon Pigtown Family Pignic in their terraced garden with pig-on-a-spit and proceeds going to the ‘95 Stop Tour for Limerick kids’ annual fundraising drive by 95FM which Pigtown partnered with to encourage Neighbourhood Pig-nics to bring people together around food for great local charities.

The Pigtown Talks series of presentations and panel discussions will look back at Limerick’s food heritage with the famous bacon factories of Shaw’s, Denny’s, Matterson’s and O’Mara’s, Cleeve’s confectioners and condensed milk, Ranks and milling, brewing, distilling and more, with local historians and guests including modern day Limerick food producers and food brands on three separate evenings at the Milk Market’s Gallery.

Other events include Urban Foraging Walks by Theresa Storey, ethnobotanist and local author; ‘Food and Storytelling: a Literary Brunch’ by UL Creative Writing MA graduate Rachael Kealy (Food & Wine Magazine); a Food Industry Networking Seminar in association with Limerick Local Enterprise Office; and the Culture Night Pig Parade in association with LIT, a festival highlight for the younger members of the family where a giant pig will lead the Culture Night procession through Limerick City with bands, butchers and piglets all in tow – a fitting Culture Night highlight for the European Year of Cultural Heritage 2018. 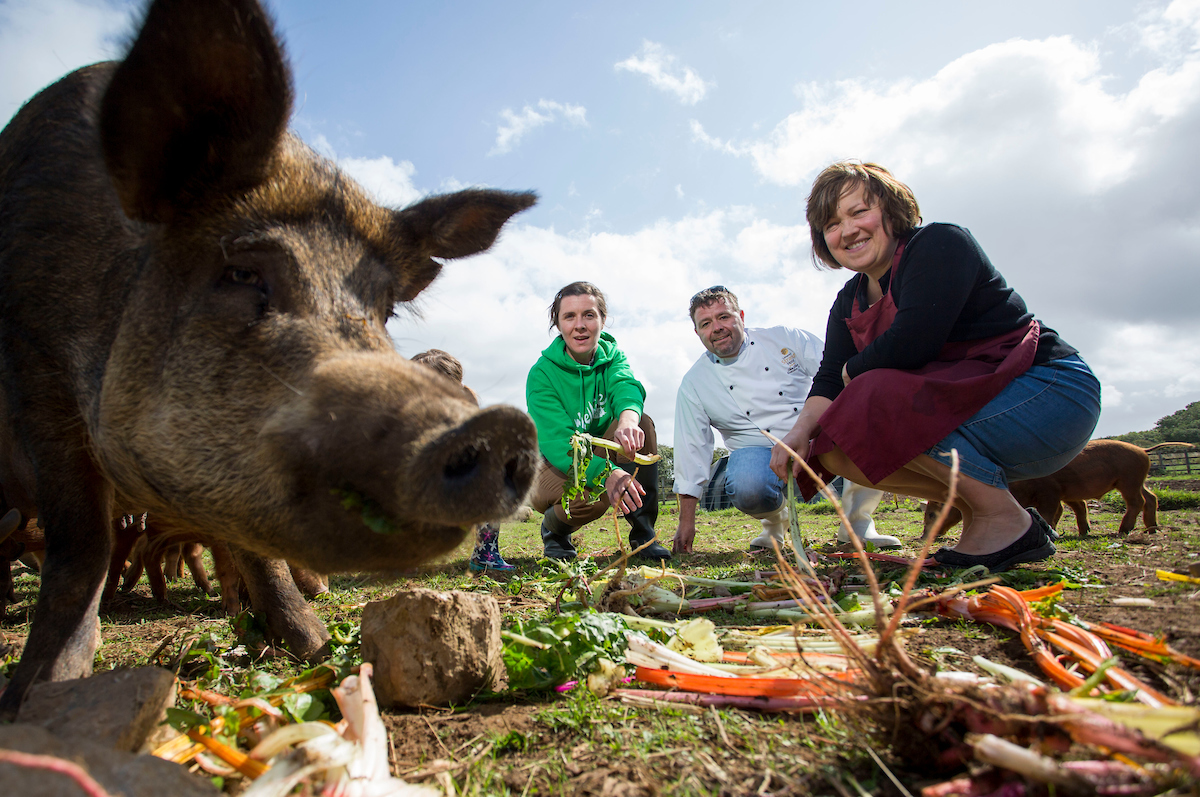