I’ve been working on something very exciting with the Limerick Food Group, here’s the announcement release with all the info. I did the design work on this too, have to say I’m very happy with my Pigtown logo! >>>

This autumn, the Pigtown Food Series is taking over Limerick in an exciting celebration of Limerick’s Food Culture. Inspired by the history of Limerick’s famous bacon industry, the ‘Pigtown Culture and Food Series’ is an exciting new programme of themed events happening in September and October 2017 in Limerick.

Ruth Guiry, author of ‘Pigtown, A History of Limerick’s Bacon Industry’ at the launch of the Pigtown Culture and Food Series held at the Milk Market, Limerick. Picture Sean Curtin True Media.

Developed by the Limerick Food Group and supported by Fáilte Ireland, the series will focus on Limerick’s unique heritage as a way to showcase the great food available locally, building on their deep-rooted food heritage.

The series features events such as the Culture Night Pig Parade; ‘Beyond the Pig – veganism in a meat eaters world’ panel discussion; ‘Ancient Irish food – what did our ancestors grow, pick and catch’ lecture and discussion and Urban Foraging Walks by local author and ethnobotanist Theresa Storey; Valerie O’Connor’s ‘Pig in the City’ food trail; Pigtown Tasting Menu produced by students of LIT’s Food and Tourism Department; and ‘The Apprentice – Pigtown Style’ hosted by Garretts Butchers where Limerick Butcher Apprentices will compete against visiting international craft butcher apprentices to be crowned the Pigtown Champion.

Local historian and author Tom Toomey will give a lecture on the food history of the City: ‘Pigtown Roots, Ranks and Cleeves factories – their rise and downfall’, followed by a panel discussion with Joe Hayes of the Limerick Pork Butchers Society.

The popular Saturday Morning demos in the Milk Market Kitchen will have a pig and harvest flavour in butchery skills and cooking, with everything from Limerick-style pulled pork, to ‘The Pig from Nose to Tail’, Preserving the Harvest, and Sausage making. The demonstrations are given by a host of Limerick producers, chefs and food writers.

Other events include historical talks and walks recounting the time when Limerick’s bacon factories fed Ireland and exported as far away as Russia; farm visits to O’Brien Artisan Cheese in Ballyhahill to hear tales of Jim O’Brien’s 20 years in the pig trade before becoming a cheesemaker; and ‘A Pig’s Tale’ ceramic exhibition hosted by Limerick Ceramic Artists, as well as UL Drama Society’s performance of the acclaimed ‘Pigtown’ by Limerick playwright Mike Finn. 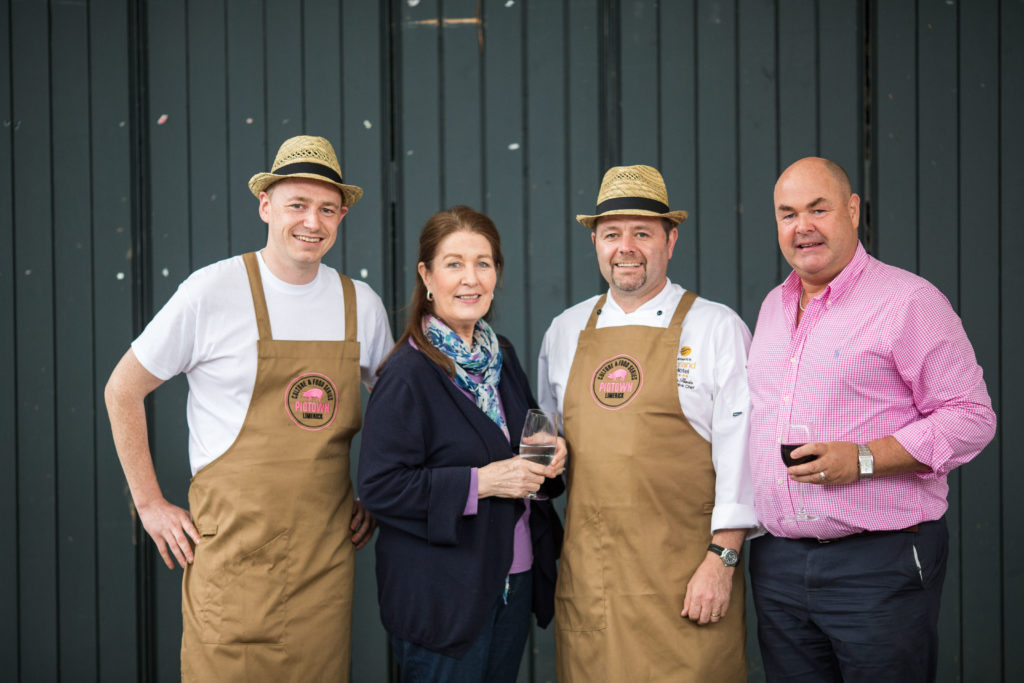 Restaurants and hotels across Limerick will be embracing the theme featuring Pigtown specials and events including the Pig Celebration Gourmet Evening by Chef Tim Harris at No1 Pery Square, and ‘A Nose To Tail Tasting Dinner’ at The Limerick Strand Hotel by Chef Tom Flavin. A Limerick Pigtown Neighbourhood Fest will take place in partnership with the ‘95 Stop Tour’ charity drive encouraging street pig-nics throughout the county.

Some of the cities attractions are hot to trot too with The Frank McCourt Museum incorporating a Limerick Ham tasting and pin-the-tail-on-the-pig children’s game. Primary schools are being urged to get involved with the aim of getting Limerick’s children interested in food heritage and culture with posters, colour-in pig masks for the Pig Parade and craft ideas all to be available.

John Mulcahy, Fáilte Ireland’s Head of Food Tourism commented: “I am delighted to welcome this great initiative for Limerick as the Pigtown Culture and Food Series is very much rooted in the city’s food history and will (literally) add an authentic flavour to the visitor experience. Food and local authenticity are an essential part of the overall visitor experience to Ireland.  Indeed, good local food can impact destination choice, so it’s important that when visitors arrive they receive a quality food experience that is representative of the area throughout their stay. With visitors to Ireland spending some €2billion on food every year, it is our job in the tourism industry to ensure we put our best ingredients and flavours on the plate when it comes to giving visitors the experiences they want and Limerick will surely deliver this through this initiative.”

On the launch menu: