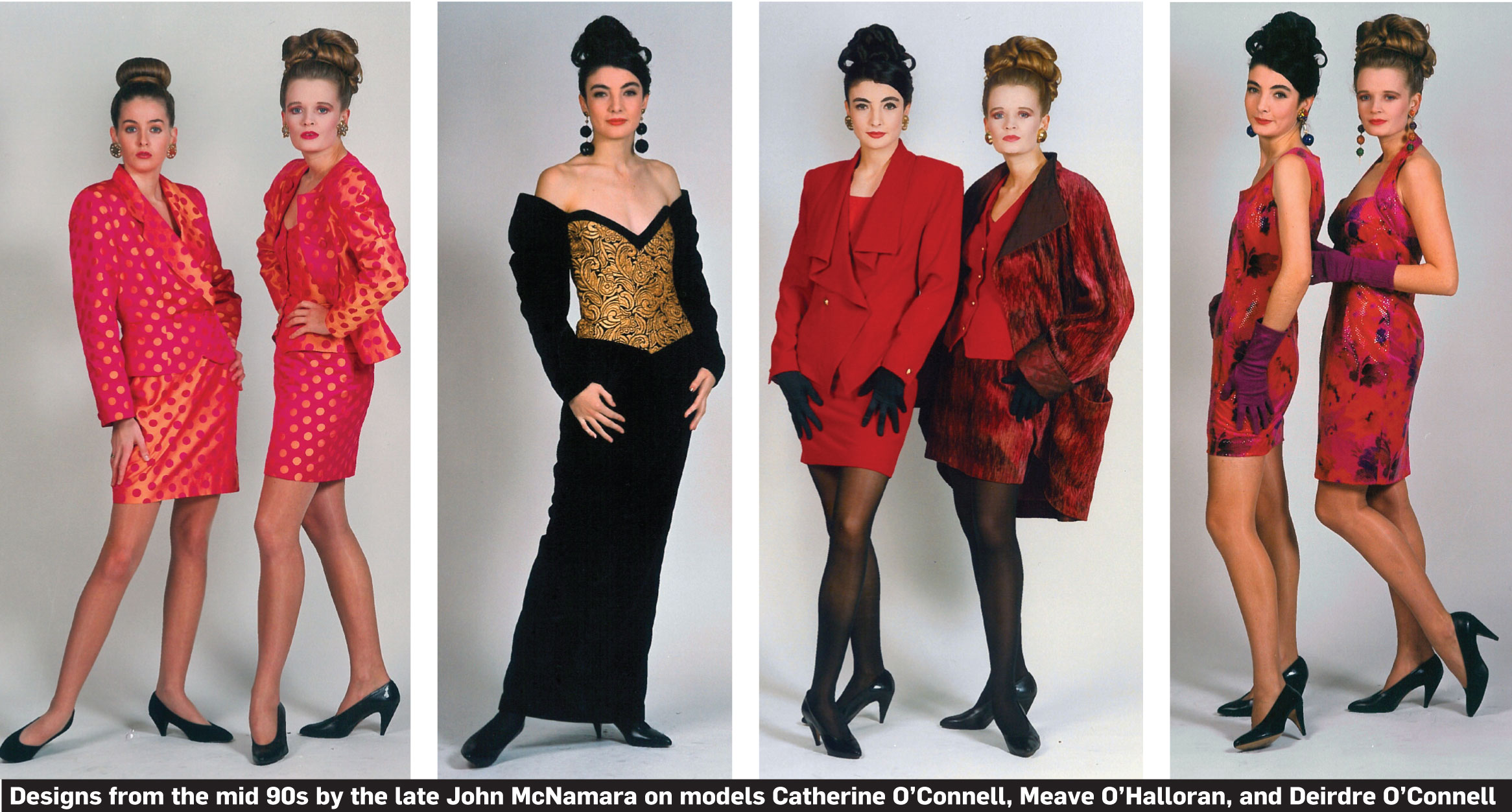 An exhibition to celebrate some of the outstanding fashion creations of the late Limerick fashion designer John Mc Namara will take place at the Hunt Museum for three weeks commencing Thursday, April 6 running until Sunday, April 30.

From South Circular Road in Limerick, John graduated in fashion from the Grafton Academy Dublin and Kingston University London and was regarded as one of Ireland’s most talented designers with an eye for glamour and tailoring. John worked with fashion supremo Ib Jorgenson in Dublin for many years, and then returned to his native Limerick where he set up his own workshop. His many clients included President Mary Robinson who commissioned John to design one of her inauguration outfits. John passed away in 2015 after a short illness while only in his late fifties.

The exhibition will be launched with the John Mc Namara Achievement Award honouring the designs of new fashion designers, sponsored by Specsavers Limerick. A winning garment will be chosen from fashion design students attending Limerick School of Art and Design, Limerick College of Further Education, and Mallow School of Fashion and Tailoring. 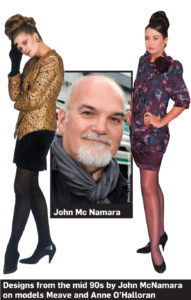 “John was a great supporter of young talent, organising the annual International Colleges’ Fashion event in recent years in Limerick. It is a pleasure for Specsavers Limerick to be sponsors of the Achievement Award in his name,” said Sinead Clohessy of Specsavers Limerick. Judges will include Catherine Bourke who was John’s assistant for almost three decades and fashion designer Michelina Stacpoole.

“The exhibition will give those attending an idea of the magnificent designs John did for his many clients,” said style queen Celia Holman Lee, one of the organisers of the exhibition and one of John’s closest friends. “On display will be examples of wedding and glamourous day and evening wear,” she added.

John McNamara’s design success is credited to the fact that his work was about his client’s lifestyle nas much as what was in fashion. John’s stunning couture garments are still a favourite among fashion lovers in Limerick and further afield.
The John McNamara Exhibition will take place at the Hunt Museum for three weeks commencing Thursday, April 6 running until Sunday, April 30.

For further information, contact Naomi O’Nolan, Head of Exhibitions and Collections at naomi@huntmuseum.com. 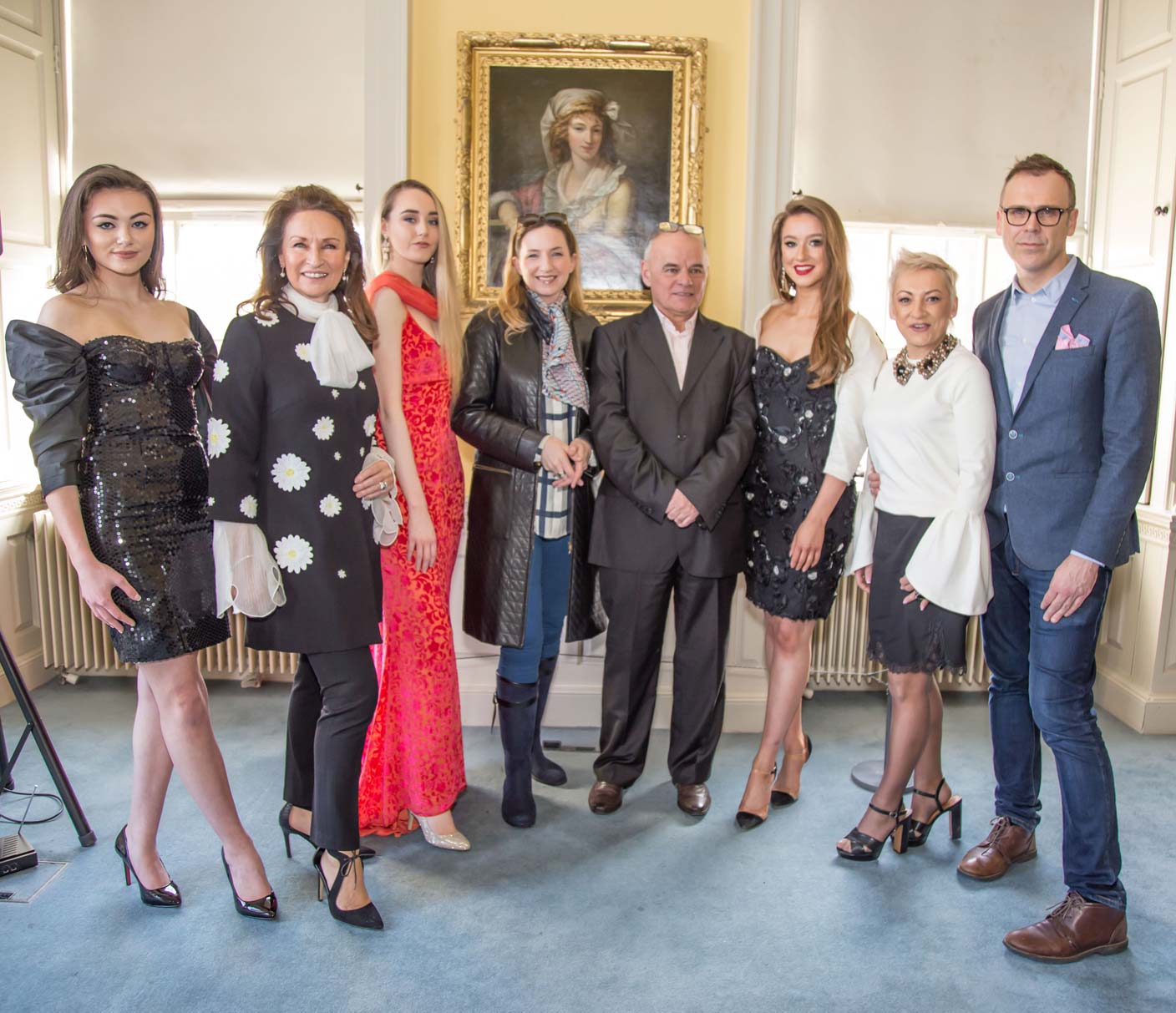 By Olivia O’Sullivan (from press release) 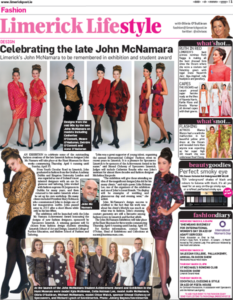 This article appeared in the Limerick Post 4th March 2017