She catapulted to fame following the Rubberbandits’ Horse Outside video, played a character on RTE2’s Republic of Telly, and later this month, this Kildimo girl will feature in TV3’s Celebrity Come Dine With Me. Model Madeline Mulqueen discusses her spiralling career. 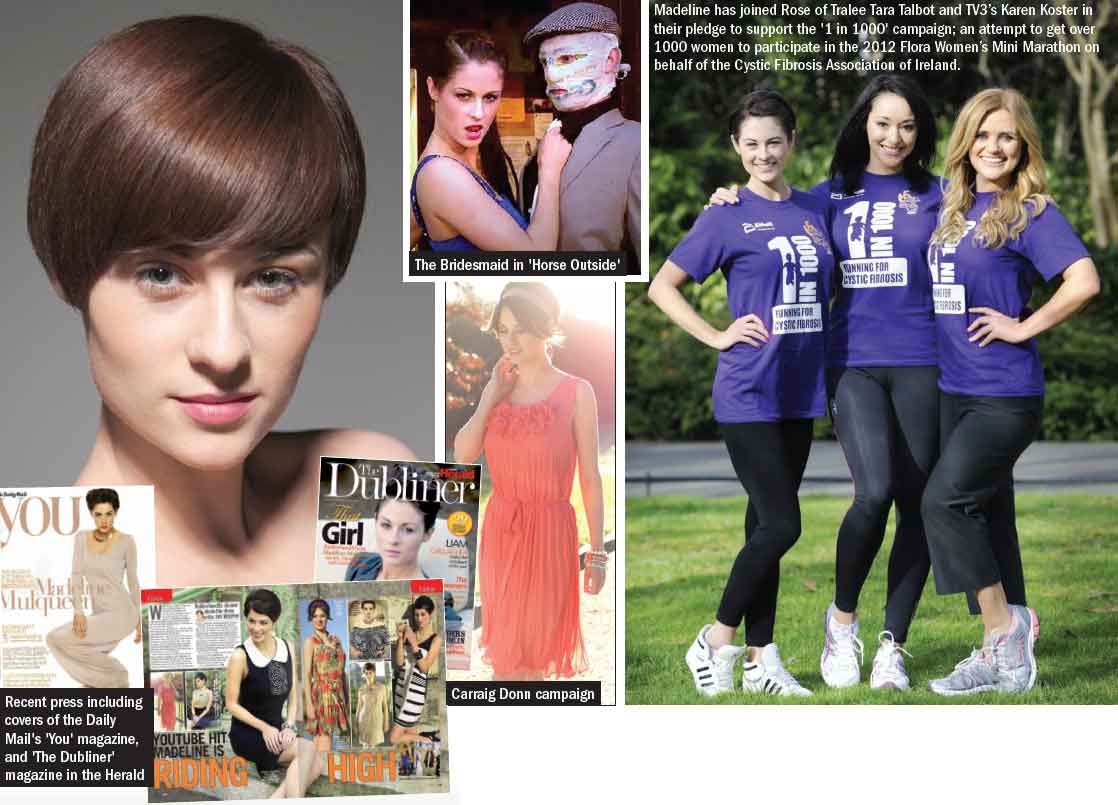 Age 21, Madeline is from Kildimo, and a former student of The Model school, Laurel Hill Coláiste and Mary I., as well as the Expressive Arts School and Mungret School of Musical Theatre. Back in 2009, she first came to our attention through the Diva Next Door competition, followed by the Martina Costelloe regional model search which she won. She’s been modelling with the Morgan agency in Dublin for the last year… END_OF_DOCUMENT_TOKEN_TO_BE_REPLACED